Read about this amazing life journey that is part autobiography, part business insight, and all true.

Walter Scherr ’49 was in his late 20s before he embarked on his education at Pace ...

Walter Scherr appeared on the radio show Experience Pros to discuss his book ...

Walter J. Scherr interviewed on School For Startups Radio — where they discuss ...

Why is America Great?

Walter’s Way is part memoir; part guide to achieving success in your career; part inspirational model for discovering your life’s mission. Take a journey with Walter –a Depression era kid who survived tuberculosis and six years in a sanatorium to become a leader in the business community; a boardroom millionaire; and a key figure in the early days of the high-tech revolution..

On the rain-swept bluffs overlooking Omaha Beach, I wept before the grave of a man I had never met.

It was October, 2014—and at the age of 90 I had finally made my way to the hallowed ground of the American Cemetery at Normandy: The final resting place for 9,387 souls, most of whom lost their lives in the fighting of June, 1944 and the months that followed.

Read More
Buy it from the Store

100% of Proceeds for Charities

Walter has been profiled in Fortune Magazine, The Wall Street Journal and  Newsday. He is a career businessman who participated in the tech boom of the 1990s, produced a Hollywood film, and helped set up a successful oil & gas company with his sons.

Inspired by a meeting with Mother Teresa — who told him to always “honor the caretakers” –, he has long been a philanthropist, and through the Vera and Walter and Scherr Foundation all proceeds from this book will be for the benefit of The Center for Discovery.

When people ask Walter what it takes to be happy, his response is always the same:

Second, a cause to serve, and

Third, a goal to believe in.

“A truly memorable book about a life more than well lived.”

“Walter is more than just a benevolent soul. He’s a teacher of all the good things we should do with our gifts. We can all learn from the fascinating story he tells in these pages.”

“A fascinating and inspiring account of a remarkable life.”

Six of the Ten Commandments have to do with honor.

Good intentions are not a substitute for good actions. 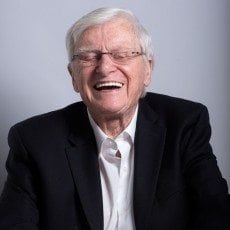 Getting old is not for sissies, it is a contact sport.

When you contemplate any personal or business transactions, ask yourself if you would like to see in the local paper a critical reporting of your actions.

What a man does when he is alone is a true test of his character.

Dishonor is when a person asks you for a favor that has not earned it. Honor has to be earned. 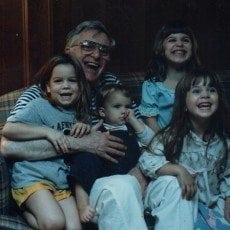 The gift of life is one of God’s greatest miracles.

The talent we have comes from God, and we will be accountable for how we use our talents.

The reward of wisdom is to recognize who should be honored.